Coloring the Universe: How Beautiful Astronomical Images are Made

Astronomers have made discoveries that have completely changed our view of the Universe and our place in it. Their advanced telescopes have given us a kind of superhuman vision that greatly surpasses what our eyes are capable of in terms of sensitivity, resolving power and wavelength coverage. Their spectacular images rival the beauty of our finest works of art.

The technology and expertise required to obtain these images is just as impressive as their beauty. The book “Coloring the Universe: An Insider's Look at Making Spectacular Images of Space”, released in November last year, gives perhaps the best description available of how these beautiful images are obtained, ranging from a description of the instruments used, to the software techniques adopted to produce the best presentations. Travis Rector, Kim Arcand and Megan Watzke wrote the book.  Travis Rector, an astronomer and one of the world’s best at producing astronomical images, wrote a seminal paper giving a “practical guide” on “how to generate astronomical images from research data with powerful image-processing programs”. Kim Arcand and Megan Watzke are both award-winning science communicators and authors, with extensive experience in disseminating images to a global audience. (In full disclosure, Arcand and Watzke are Chandra X-ray Center colleagues and friends of mine, and I also reviewed a previous book by them, called "Your Ticket to the Universe". In between they’ve written a book called “Light” that is full of gorgeous images from many fields of science.)

The text in Coloring the Universe is eloquent and accessible to a wide audience. The book has excellent organization, and each chapter is broken up into easily digestible subsections. Some of the topics covered include a comparison of human vision with telescopic vision and a discussion of what astrophysics can be learned from images. It also explains some details about observing at the world’s largest telescopes and discusses the different kinds of light that we observe.

As expected, the book is full of spectacular images, many produced by Travis Rector and his colleagues, with careful descriptions given in figure captions. It’s striking that many of the ground-based telescope images by Rector et al. are just as beautiful as those made by NASA’s Hubble Space Telescope (HST). For example, here is a HST image showing part of the Veil Nebula, the remains of a supernova in our galaxy:

For comparison, here is a ground-based image from a different part of the remnant:


In this case and many others, the much bigger field of view of ground-based telescopes compared to HST can compensate for their much lower spatial resolution, as I described in a blog post in 2014: “What Makes an Astronomical Image Beautiful?”, based on a paper by Lars Lindberg Christensen and colleagues. One reason that HST images are often more familiar is that they have a more powerful publicity engine promoting them. Coloring the Universe allows part of this publicity imbalance to be rectified.

Two motivations for writing Coloring the Universe are to demystify the production of astronomical images and indirectly respond to critics. For publicity, beautiful images give astronomy a clear advantage over many other fields of science, as we have found in publicizing Chandra results. There doesn't have to be exciting or important science for a particular result to receive widespread attention. However, not everyone can appreciate such beauty without deep skepticism, and over the years I’ve collected some critiques of astronomical images. (I forgive but I don’t want to forget.) For example, in a New York Times review of an exhibition of solar system images, the writer described the “sub-wooferish whooshes of sound” accompanying planetarium shows using HST images. He followed by writing “Well, the colors are as phony as the sound.” In another example, science writer Charlie Petit described HST images as being “simultaneously dreadfully misleading, worthwhile, and useful”, in one post at the Knight Science Journalism Tracker (now archived at the online magazine Undark). Referring to the famous HST image of the “Pillars of Creation” in a 2007 post, Petit said “The Tracker finds it worth posting in part just to put up the Hubble telescope’s unbelievable image from ten years ago (unbelievable is literally true. Its power came from extensive color tweaking that gives it far more drama than would greet the naked eye).”

It’s not just writers who have been critical. Washington Post writer Joel Achenbach wrote about the mostly negative reactions of astronomers to the Pillars of Creation image (scroll down to the text “From a 1997 story I did in the magazine”). The astronomers criticized the colors used and they also criticized the orientation of the image, as though it’s important for a public audience to maintain the arbitrary astronomer’s convention of North pointing up. These comments were collected almost 20 years and hopefully since then astronomers have gained a better appreciation for the optimal presentation of images for a public audience. I’m not sure this is the case, and for what it’s worth, a 2015 study by Kim Arcand and colleagues of what people think is “real” in astronomical images showed no significant difference between the opinions of self-rated experts and non-experts.

Critics like those described above would gain a better understanding of how images are made and the motivations behind these methods by reading Coloring the Universe. For example, the book contains a chapter called “Photoshopping the Universe: what do astronomers do? What do astronomers not do?” followed by a chapter called “The aesthetics of astrophysics: principles of composition applied to the Universe”. The latter includes a fascinating subsection on why the Pillars of Creation image looks so dramatic.

Responding to the criticism

As Kim Arcand and colleagues explain in discussing the aesthetics of images, the use of color leads to the most questions and comments. As noted earlier, this can result in claims that astronomical images are faked & that they're nothing like what the eye would see. My response to the former is “no!” and my response to the latter is: “why should they be, when telescopes can see so much better than our eyes?” It’s a common fallacy to assume that astronomical images are meant to show what our eyes can see, or might be able to if they were more sensitive. Astronomical images can convey an enormous amount of information, especially when they are not limited by the shortcomings of human vision. For example, images can show narrowband, optical images to pick out phenomena that our eyes are unable to discern. Even more significantly, they can show objects and phenomena in wavelengths that are well beyond the range of human vision, such as X-rays and radio waves.


As various image experts have explained over the years, such as Megan Watzke, Kim Arcand and Robert Hurt, the colors used in astronomical images are often representative, which means that they are not intended to show how our eyes might see the object, but instead represent maps of the electromagnetic radiation produced at different wavelengths, and with a range of filters. Astronomers often use the term “false color”, but that terminology is misleading for non-expert audiences, as Robert Hurt and others have pointed out. In many cases images simulate what our eyes might see if they were sensitive to very different wavelengths, like Geordi La Forge's visor-enhanced vision in Star Trek the Next Generation.

Coloring the Universe gives a much more detailed discussion of the meaning and value of multiwavelength images, and the use of color in making attractive images that give insight into their scientific content.

Without giving too much away, here are a few other highlights of the book:


I’ll end with an excerpt from the summary of Coloring the Universe:

“In this book we’ve talked about the complex process of converting what the telescope can see into something we humans can see. It’s a fundamental challenge because our telescopes observe objects that, with a few exceptions, are invisible to our eyes. That is of course the reason why we build telescopes. There would be no point in building machines like Gemini, HST and Chandra if they didn’t expand our vision. Astronomers use telescopes to study and understand the fundamental questions of how we came to be: from the formation and fate of the Universe; to the generation and function of galaxies; to the birth, life and death of stars inside galaxies; to the planets and moons around these stars; and to the origin of life here and possibly on worlds beyond our own.”

The text continues with an eloquent summary of the principles and motivation behind the production of astronomical images, which you’ll have to purchase the book to enjoy. I highly recommend that you do so, to savor the gorgeous images Coloring the Universe contains and to appreciate the ingenuity involved in producing these images.

End note: While waiting for Coloring the Universe to arrive in the post, you can watch this excellent talk by Jayanne English from the University of Manitoba, titled “Are images of space realistic?” 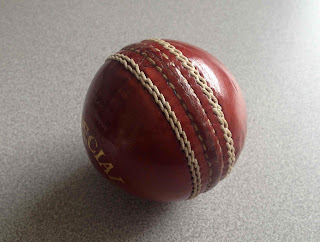 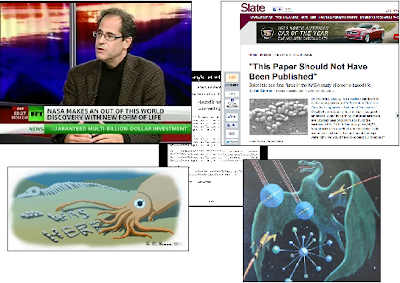